From the Audience of En Esta Isla
Two Parents' Perspectives 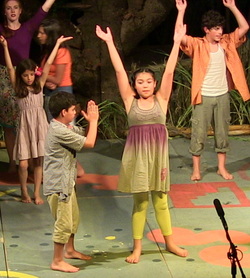 What do you think of your son's participation in our program? What did he learn during his participation?  My son enjoyed very much being able to participate in this musical. He participated very actively in the project. This allowed him to exercise important values within his development like responsibility, perseverance, compromise. He learned to work in a team, to understand that discipline and sacrifice are important in order to achieve objectives.

What do you think is the role of the arts in Monteverde?  Monteverde is a multicultural community, where culture manifests itself in many forms, one of them being theatre arts. There are many children and young people who have had the opportunity to experience this discipline and have been able to see their dreams of being active participants in relevant shows that have been presented in the community. It is necessary that they look for strategies to strengthen the different initiatives that develop in the community, to strengthen our culture and to encourage art. 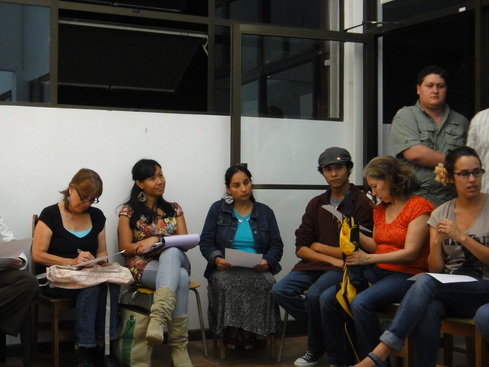 For how long have you lived in Monteverde?  We have been living in Cerro Plano of Monteverde for approximately 4 years. We are from the community Paraiso de Cartago, we moved to the community for reasons related to my husband's work, even more now that I work in the high school in Santa Elena as an educator in the areas of morals and psychology. We are very pleased to be living in Monteverde, it seems to us an extraordinary community that aligns with all of our expectations to see our children grow and develop due to the tranquility and peace that this community has.

When did you see a musical for the first time? If you've seen more than one, which is your favorite?  The first show that we had the pleasure of seeing was Little Shop of Horrors, in 2011, it seemed to me an excellent show, but perhaps since we do not speak the English language well it was difficult for us to understand some parts. I enjoyed Once on this Island more, perhaps because I see it with the eyes of a mother who sees her daughter perform for the first time on stage, but also because this show was in Spanish, which I believe allowed the project to be closer to the community in general and not to a small group. I think this was the greatest triumph of Once on this Island, to be able to attract the large majority of the Monteverde community's population to present theatre and to see it with admiration, displaying the talent that you were able to identify in the community.

As a member of the audience, what do you think of our production of En Este Isla [Once on this Island]?  Sincerely, the word that describes what I witnessed those days on the stage is "admiration", it was incredible to see the stages full of all those young people, the abandon with which they assumed the responsibility and the realization on their faces at seeing what they could achieve. I was so proud to see my daughter Daniela enjoying art so much. I don't have words to thank you all for what you have done for my daughter... 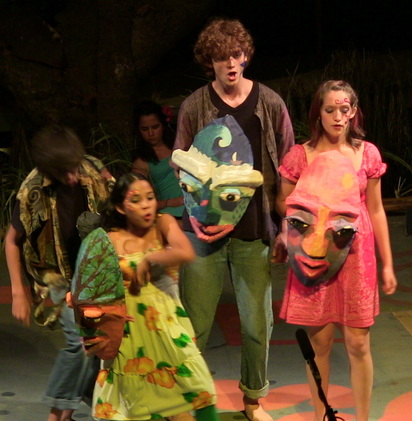 Daniela performs the principal role of Asaka, Goddess of the Earth
What do you think of your daughter's participation in our program? What did she learn during her participation?  Daniela's participation in the show En Esta Isla left her with so much knowledge, the most important being "if you work hard everything that you put forth you can achieve." She learned to be more disciplined, organized, hardworking. The socialization and the techniques of theatre, singing, dance, etc. are simply admirable, in my daughter there is a marked difference between "before" En Esta Isla and "after" En Esta Isla. Today she is a young person more sure of herself, her self-esteem improved as her priorities changed, now she wants to study acting and voice and of course dance. Everything that you all taught my daughter during this preparation of the show changed her life for the better and my family and I will be grateful forever, we ask God that you all can return every year so that more young people in the community can benefit and so that they will discover their vocation.

What do you believe is the role of the arts in Monteverde?  Art for me is, expression of emotions, feelings, it is sensibility, it is culture, therefore for the Monteverde community and for any community, art is to create an identity, pride of what we are and what we can be capable of achieving, it is to show ourselves to the world with pride of what we are and how we are. Art in Monteverde requires more spaces to express and more people like you all who give us knowledge of the richness that we can find with this and like stories like that of Ti Moune and Daniel are more present in our societies. A story like this presents us with morals and vices that today are current in families and community, it is all a question of applying them to the reality that we live in, to the moment in history that it happens to us and in this way make an impact, generate change and create a conscience of what is truly important for the human being. Which is to be.